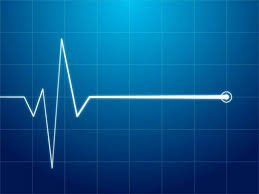 There was a group of us standing around.

I was a number of feet away.

The group was made up of fitness folks. People who enjoy being healthy and capable.

But, deep to the core good people. Not cruel or disrespectful.

Why does that matter?

Because the non-fitness individual who was briefly nearby had a very strong response when asked if they would like to join the group for a workout someday.

“I have a finite number of heartbeats in my life and I am certainly not going to waste them exercising”.

Historically, this sort of comment would make me want to go into a fifteen minute sermon, but maybe I have matured.

Eh, probably not, but maybe a little?

I tell you this story for two reasons:

The idea that every person has an exact number of heartbeats in their life is, well, very poorly thought out.

But, for the sake of our person in the above story, suppose we say it’s true.

After X number of heart beats you kick the bucket.

Considering that exercise with any degree of intensity will cause your heartbeat to go up, that in turn implies that you will die sooner if you exercise.

As the heart grows stronger through exercise it also grows more efficient.

Resting heart rate and heart rate during activity drops because of the heart’s ability to deliver a bigger pulse of blood during each beat. This in turn makes less heartbeats required.

Not to mention the increase in the number and size of the blood vessels, which allows for better blood flow and more efficient circulation.

What if the person’s comment above is simply tied to not wanting to “waste” a couple hours per week working out when they could be…I don’t know:

Perhaps the person in our story has some of the above hobbies and cannot imagine trading any of the time spent doing them for working out.

Every one of the above examples could be characterized as a lack of activity or consuming unhealthy food and drink.

Picture what you think a person with 20, 30, or 40 years of inactivity combined with frequent poor food and drink looks like.

This is NOT about doing away with all of your hobbies to become a gym rat.

Quite the opposite in fact.

One of the main concepts I try to ingrain in all of my clients is being on a program that is SUSTAINABLE and can be continued long term.

A program that doesn’t demolish their other hobbies whether that is watching daily M*A*S*H episodes or flying their “drone”.

The fact is, time is not the issue.

When I hear someone say they aren’t going to “waste” time working out, all it tells me is that they simply do not see the value of it being in their life.

Because I have penned numerous articles on the value of working out especially in your older years, I will save the repetition.

Here are a few to check out:

The Alternative Is Death

A person like our above example sometimes has difficulty seeing value in fitness when they do not necessarily “feel” incapable or currently have any pain in their body.

“It is hard to convince a high-school student that he will encounter a lot of problems more difficult than those of algebra and geometry”.

What Was Actually Said

I am not a therapist, but I did used to have a therapy dog.

Irrelevant point, but here is Yukon who was a trained therapy dog! 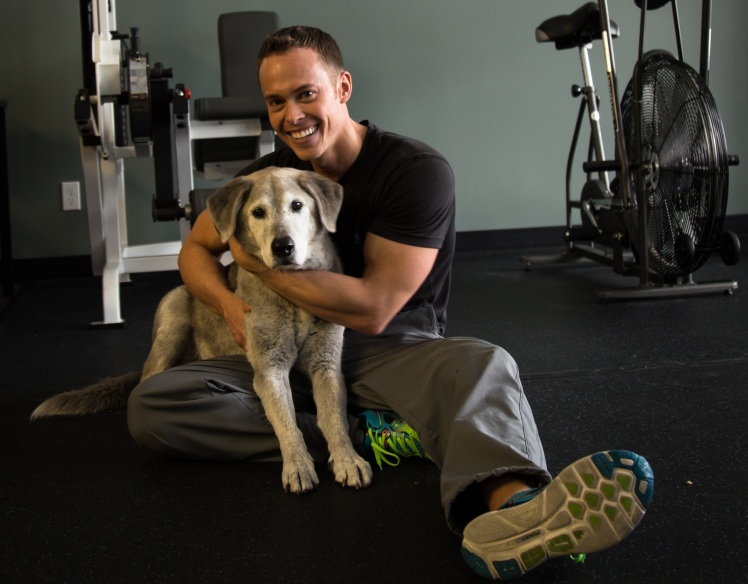 Back to the therapy thing.

After a number of years in this field you learn that 90% of the battle in people making progress is mental.

The mentally tough are always the winners.

“The only thing that is distinctly different about me is I’m not afraid to die on a treadmill. If we get on the treadmill together, there’s two things: You’re getting off first, or I’m going to die. It’s really that simple”.

Along with mental fortitude, a person’s insecurity can obliterate all fitness intentions as well.

Make no mistake about it, an intense workout makes you feel vulnerable.

You might feel weak, exhausted, frustrated, defeated, angry, and ready to give up. Not exactly characteristics that make a person feel powerful and confident.

Then add on a group of people around you who are already in decent or good shape.

This scenario is a breeding ground for insecurity and flight mentality.

In the story I first told at this beginning of this article, there is the statement of what was said, and the translation of what was actually meant.

As I mentioned, the group of fitness folks around this person were people without judgement or disrespect, but it doesn’t matter.

To a non-fitness person the gym is scary. Working out is scary. Trying to make changes in your nutrition is scary.

My point is, if you know a person like this, find a way to help them dip their feet into the waters of fitness.

I can almost guarantee you that their push back stems much more with insecurity than not wanting to “waste heartbeats”.

Take them to the gym in private.

Show them some things they could do at home.

Prepare some healthy food with them so they understand good nutritional habits.

Make a healthy and active life appealing, not scary.

Because I do not care what Mr. I Don’t Need To Work Out Tough Guy says, he would feel much happier if he was in shape and could handle a few hours of sports outside with the kids or grand kids.

Or what Mrs. I Don’t Want To Work Out says, because she very likely does. She’s scared of the process of getting into shape and I get it. 100%.

We all have our battles, but fitness insecurity plagues more people than you think.

I want you to think of one person you know right now who has crossed your mind during this article.

Reach out to them. Encourage them.

Remember, defensiveness is the mask of insecurity.

If there is anything I can help you with, I would love to hear from you.

Email me right now at: JwaltersPT@gmail.com

To learn more, check out: http://www.JonWalters.co